The Speed Dating Service | 19 Years Strong.
Success Stories - Richard and Rachel
Submit your own success story!  |  Mail this story to a friend 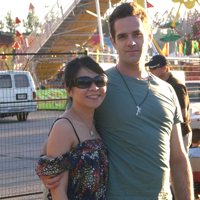 I tried speed dating for the first time a couple of years ago, and had a great time. I connected really well with two women, and they both wanted to go out with me, which was encouraging. After subsequent dates it was obvious there wasn't enough chemistry with either of them, and so a few months later I tried it again. This time I was fortunate enough to match once again with my two favorites! The first woman and I dated only a couple of times and then stopped, but the other, I'm happy to say, I'm still dating a year and a half later. We are very much in love, and are talking about getting married. Thanks 25dates.com!