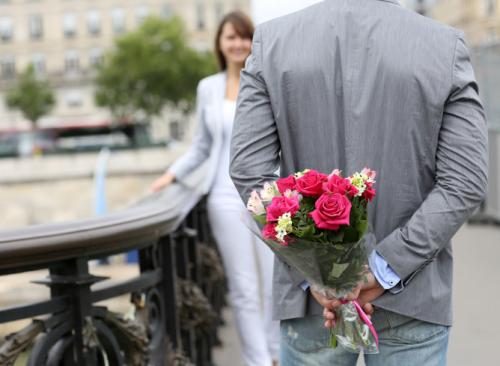 Chivalry is a code of conduct—a way of acting in society that symbolically reflects on your character. Historically, the chivalric code as it was known in the Middle Ages, dates back as far as the time of Charlemagne. The code chronicles a code of conduct that a knight was expected to live by, both on the battlefield and off. It includes but is not limited to things such as:

• Protect the weak and defenseless

• Persevere to the end in any enterprise begun

• Obey those placed in authority

• Never refuse a challenge from an equal

• Respect the honor of women

Over the years the code of chivalry has been altered and adjusted, but the general intent of the code has always remained. Since those original years of darkness when the world needed champions of truth and honor, the code has been refined down to ten words: truth, honor, justice, valor, prowess, loyalty, largesse, courtesy, noblesse, and humility.

It is often said that chivalry is dead, but the truth is it is still around and very much breathing if you are willing to look for it. Today’s knights are rarely required to fight duels to the death or go on harrowing quests for their lord or lady, but their place in society is still valid and alive. The most common instances of it in these modern ages is between two people who are, or are considering to be romantically involved. Chivalry doesn’t play much of a role in the fast-paced world of hookups, and one night stands, but when considering a long term relationship it is a necessity.

So how do you act like a man of valor when wooing the woman of your dreams? Some methods are simple and obvious, yet incredibly effective. Gifting your special lady a bouquet of beautiful flowers, especially lush roses, is an easy way to show your affection while simultaneously appealing to multiple senses helping to trigger emotional reactions and attachments to people and events.

Other gestures such as always remembering to open the door, pulling out her chair, and offering your coat if she is cold are all very obvious and overt ways to show respect and appreciation. Simply showing that you are thinking about her, putting her needs ahead of your own, and taking her well-being into account can be considered an act of modern day chivalry.

In this day of the modern woman and equality, intent can often be the determining factor in chivalry. Make sure your intent is pure, and when in doubt communicate why you are doing something. That single act can often be a sign of chivalry. As in all things, moderation is often the key. There is a time and place for everything and knowing when to be chivalrous and when to step back can be one of the most valuable lessons you will ever learn.