25Dates.com Blog > Think It’s a Good Idea to Have an Office Romance? 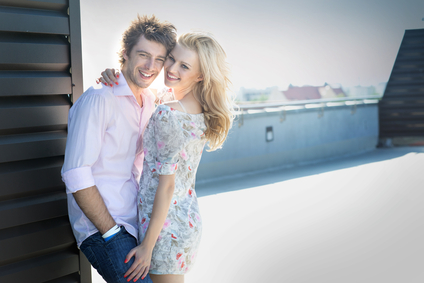 You think you spend a lot of time at work? You’re right. The average Canadian spends 1,700 hours at work each year, according to Business Insider. You think it’s a good idea to spend all those hours at work being in a relationship with a co-worker? Sure, many romances develop at the office.

Workplace romances and relationships are increasingly accepted and even inevitable. Don’t let love and lust blind you though, follow these rules to avoid a professional or even personal disaster.

Dating your boss can be tricky. But according to Stephanie Losee, co-author of “Office Mate: Your Employee Handbook for Romance on the Job,” twice as many marriages result from superior-subordinate relationships than other types. Unfortunately, this type of relationship comes with greater potential for liability. Imagine the relationship ends badly, and the subordinate decides to claim it was non-consensual. The employee could also claim unlawful retaliation if she or he was fired or received a poor review.

Determine what your company’s policy is about office fraternization, whether you are the manager or the subordinate involved. Your best course of action, assuming it is in accordance with the policy, is to report the relationship to management. Ask about a department transfer. Potential accusations for favoritism, or un-favoritism, can then be eliminated.

Never date a married co-worker, subordinate or supervisor, ya hear? Of course, this is a rule you should follow in your professional and personal life, but it is still a situation that occurs. A 2013 office survey by Vault.com revealed that 47 percent surveyed reported knowing about an office romance involving someone who was married.

The two lovebirds at work should work, at work. Maintain your normal routine, and don’t pop over to his or her cubicle or other office space constantly to chit-chat. Behave professionally and conduct yourself in the same manner that you did prior the relationship.

Sending get well gift baskets to the office should be fine if the person you’re dating is sick. But public displays of affection or flirtation could easily make you unemployed. Kissing and touching at work can make other employees uncomfortable, which could cause legal issues if seen as part of a “hostile workplace.” Romantic texting and even the use of the company property – such as work email and chat to send sweet nothings to your partner – are also off-limits.

Wait to reveal your relationship until your commitment is established, and you’re both in a serious relationship. You may want to initiate a conversation with your boss to eliminate lying or trying to hide what’s going on. Also, don’t feel obligated to broadcast your romance to all of your co-workers – they’ll likely find out eventually. Maintaining professionalism inside the office includes maintaining professional relationships with your other colleagues as well, and not constantly gushing about how in love you are.