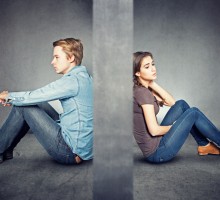 Your relationship may be over, but that doesn’t mean your life is. Dating can be difficult, especially when feelings are involved, but breakups happen all the time. Some people do great with heartache while others let it destroy them. Which one are you? Will you harbour a flame for your ex for the rest of […] 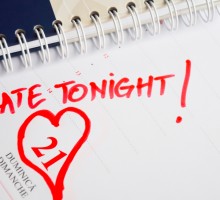 It’s completely normal to feel nervous before a first date. This could be the start of beautiful new romance, or it could be the waste of a good meal if you’ve been set up with a real dud. You’re going into the great unknown, so sweaty palms and a racing heart are to be expected. […] 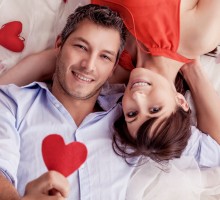 We consider love to be in the realm of the poets and artists, but scientists can unveil the biological motivations that spur history’s great love poems and love songs. Here are some entirely true facts about the science of love: Fall in “Like” in Under 4 Minutes According to psychologist Arthur Aron’s 1997 study “The […] 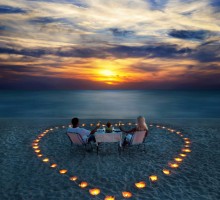 Whether you are remembering your first date or honoring the day you took your vows, it’s important to celebrate the love between you and your significant other. While you could head out for a nice dinner, maybe you’re both in the mood to do something a bit more adventurous — more specifically, something that involves […] 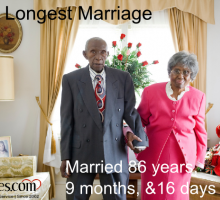 The longest marriage in the world lasted 86 years, 9 months and 16 days.  This world record was held by Zelmyra and Herbert Fisher.  This outstanding couple tied the knot on May 13th, 1924 in North Carolina, USA.  Unfortunately, Herbert died on Sunday 27th February 2011.  The couple still holds the title as of June […] 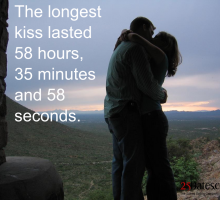 The longest kiss in the world to date lasted 58 hours, 35 minutes and 58 seconds.   This amazing record was accomplished by Laksana Tiranarat and Ekkachai Tiranarat of Thailand.  The event was organised by Ripley’s Believe It or Not on 12-14, February 2013. Even though Nine couples entered the yearly competition, including a married couple […]