25Dates.com Blog > How To Tell Someone You’re Not Interested 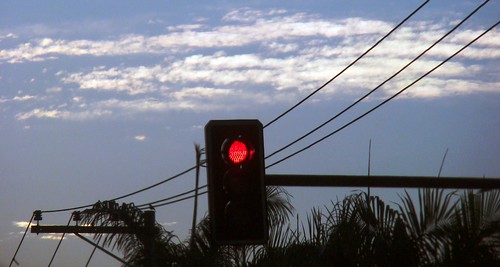 For most of us, finding the right partner is not a simple task. Because we now live in an era where self-discovery is as important as marrying into the right family once was, the search for a potential mate can be that much longer, the priority now shifting to finding out exactly who we are and what we want. As with anything as important as relationships, there’s a learning curve, and with that curve comes experience, often learned by trial and error.

The movies and fairy tales would have us believe we instantly know when we’ve met “the one”, and while that’s certainly true for some, most of us need to date a few people before choosing a mate. One unavoidable pitfall of being in the dating game is the dreaded break-up, but even before then, there are instances where we are forced to have to tell people we’re not interested in them, sometimes after the first or second date, and sometimes even prior to the first date! Let’s face it – it’s an uncomfortable place to be in, whether you’re giving the news that you’re not interested or receiving it. Here are some guidelines to make and inevitably awkward encounter a little less so…

1. TELL THEM. Avoiding the conversation is only going to create problems in the long-run. By not communicating, the person being let down might continue to think there’s a chance, which will only result in their persistence, which will become increasingly uncomfortable for you. Ignoring someone and hoping they go away is also very disrespectful.Just because their feelings are not reciprocated by you doesn’t mean they deserve to be treated as if they don’t exist.

2. BE DIRECT. Skirting around the issue will usually backfire. Telling someone you’re not ready for a relationship can translate into “wait for me, I’ll come around eventually”. If you see absolutely no future with someone, tell them thank you, but you just don’t feel the same way they do. There’s no need to be mean or overly blunt, but you must be clear.

3. STAY TRUE TO YOUR WORD. A common mistake is overcompensating to ease their pain, and to ease our own guilt at hurting someone. If you tell someone you’re not interested and then continue to flirt with them to buoy up their self-esteem – that’s a mixed message. Telling someone you’re not interested and then calling them to see if they want to hang out – that’s a mixed message too. It’s a rarity for someone to be able to turn their romantic feelings into those of friendship, more often than not it’s better to have a significant time lapse before you can hang out as friends.

4. LET THEM DOWN IN A PRIVATE SETTING. Telling someone you’re not interested while you’re in earshot of other people is unnecessary. Remember there’s already a certain level of humiliation involved in the feeling of rejection, so don’t add insult to injury.

Honesty really is the best policy in these cases, and remember you’re entitled to choose who you do and don’t want to date. Feeling guilty will only prolong the inevitable, and hurt the other person in the long-run.