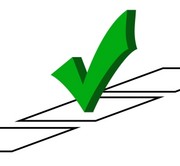 As we discussed in last week's article, men and women do a lot of complaining when it comes to the opposite sex. We often end up focusing on each other's differences as if they're flaws, instead of accepting there are things we simply cannot change in each other, like perception, experiences, and instinct. The key is to really know each other so we can come to a mutual understanding through communication. In the dating world, we often trade healthy communication for game playing, but it doesn't usually end up being very fun, does it? We thought we'd give you a head start and giving some simple pointers on the common mistakes women make in dating. 5 Dating Mistakes Women Make 1. Changing Your Life For Him. We've all either done this, or seen one of our girlfriend's doing it: you meet a man and all the sudden your life revolves around him. You stop spending as much time with your girlfriends, you're only interested in what he's doing (24 hours a day), and slowly, you become a boring, obsessive doormat, afraid to be alone. Women need to remember why the guy was attracted to them in the first place - because they were an exciting, interesting and independent person. Once that goes away, you're not only less attractive to the opposite sex, but you'll become very unhappy. Getting your own self-worth from another person is as ridiculous as it sounds. 2. Believing He Will Change. This might be where the term, "Dating his potential" comes from. As women, we tend to be able to overlook the hugest of deal breakers, just so that we can hang onto a relationship. If you're constantly trying to change a person, you're either fooling yourself into believing you're compatible when you're not, or you're secretly unhappy with yourself and projecting this onto another person. Either way, we need to accept who we're dating at that moment, instead of idealizing the person and relationship. 3. Not Showing Him Who You Are. This goes for things as little as you don't like watching football, to you DO want to get married. If we enter into a relationship hiding who we really are, our likes and dislikes, our opinions and our true selves, that relationship can never be authentic. Choosing to keep a man by changing who you are never works in the long run. 4. Making Excuses for Him. Another one of our great talents - women can pretty much justify anything from why a man didn't get her a birthday gift, to why he cheated on her. Making excuses stems from that same issue of being afraid to be alone, and believing your life will be worth less without him. Writing down the things that are not acceptable behaviour before you get in a relationship and revisiting them periodically can help keep you in the reality of the situation. 5. Not Believing What He Says. Women often second-guess what a man tells them. We over-analyze and create drama where there really is none. Our mistake is believing men do the same thing, but typically, they don't work that way - that's us! If a man is telling you how he feels, he's usually being straight up. A is a, b is b, and so on. Show your intelligence and trust in him by believing what he says.