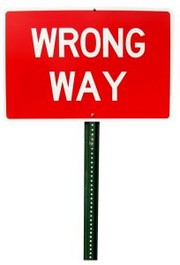 How many times have we heard gender generalizations like, women are "too needy", or men "just don't get it"? Even though the concept that men and women are wired differently is finally becoming an accepted fact in society, the real key lies in making the effort to understand each other through healthy communication. When we expect someone to be like us and in turn get upset when they're not, we're only thinking of ourselves and not allowing the other person the simple courtesy of being themselves. Amidst all the confusion regarding what the opposite sex wants or needs, it's very easy for us as singles to make dating mistakes. We'll get to the women in our next article, but for now: 5 Dating Mistakes Men Make 1. Not taking initiative. When men don't take initiative, and this could be as simple as asking a woman what they'd like to do for your first date, women may see you as wishy-washy and unable to take charge and make a decision. Of course women would like to be able to offer their input on things to do, but this will come a little later down the line. Women are very much attracted to a man who knows what he wants. 2. Not listening. All women have had experiences where men are more interested in figuring out their cup size instead of paying attention to what they're saying. And while it's certainly true that men are very visual creatures, it's important to have enough class to be subtle. Catch a glance or two and then listen to what she has to say! Otherwise the woman will feel extremely undervalued and objectified, and think of you as a pig. 3. Showing off. When men show off and are boastful, it can create the impression that they're overcompensating for their insecurities. And while it's nice to be able to impress someone, it really only works when it happens naturally. Something that's actually impressive is much more effective when understated - if you find yourself trying to convince someone of how great you are by a lot of self-indulgent talk, that in itself will be a big turn-off. 4. Not being chivalrous. It is hard to know where the line of chivalry is sometimes in this day and age of equal rights. Doesn't that mean a woman can open her own door? Well yes - she certainly can, but you'll be far more attractive to her if you show her the consideration and thoughtfulness of opening it for her. There's nothing wrong with doing nice things for people, and chivalry can make a woman feel very special and taken care of. 5. Not calling when you say you will. This gives guys a bad name everywhere! If you go on a date and don't feel a romantic connection, don't leave the door open by saying you'll call. Simply saying, "It was nice to meet you, have a good night." Will make it pretty clear without being impolite.