Fake it Till You Make It 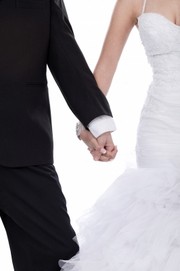 Fake it Till You Make It
By Robin McGrath Anthony Robbins teaches that emotion is energy in motion. In other words, if you're not in a good mood, put a smile on your face, act like you are and you will be. Psychologist Richard Wiseman, of the University of Hertfordshire, studied this same behavior to determine if it affects your ability to fall in love. Is it possible that if you act as if you are attracted to someone you will fall in love with that person even if you initially were not attracted to him or her? Dr. Wiseman tested his theory at a speed-dating event held in Edinburgh. Volunteers were asked to pretend that they were already in love. During the event, many of these couples had to be pulled apart. And, at the end of the event, almost half - 45% - of these volunteers that pretended to be in love wanted to see each other again. Clearly, this study offers some insight into why arranged marriages tend to be longer-lasting than love marriages since the couple is starting a life together as strangers who are in a forced situation where they have to learn to love each other. In another study by Dr. Robert Epstein, a Harvard academic, it is suggested that love within conventional, western marriages begins to decline by 50% within 18 months. However, love in arranged marriages increases gradually, eventually exceeding love in western marriages near the five-year anniversary. Feelings of connection within couples in arranged marriages are found to be almost twice as strong than those within love marriages. And arranged marriage couples tend to commit to each other for life, staying together through the good and bad, versus love marriages that more easily fall apart and end because the partners feel that the marriage has hit its end and is unsalvageable because the passion has subsided. To many of us here in the western world, the very whisper of the words "arranged marriage" conjures up feelings of a life severely lacking love and passion. However, these studies prove that there is something to be said for the practice. The irony is that we plan almost all aspects of our lives: education, career, finances, and yet we tend to leave our love lives to chance. Maybe we here in the west are too busy over-romanticizing our love lives, and seeing them through rose-coloured glasses, that we're missing something many cultures who practice arranged marriages have figured out as found in Dr. Wiseman's and Dr. Epstein's research. Even though you may not be in love at first, if you act like you are, you will be.