The Seasons of Dating 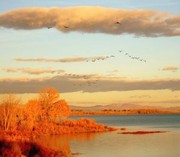 The Dating world is a fascinating process, and as Canada's leading Speed Dating Service, we at 25dates.com have witnessed over 20,000 Canadian singles take part in our events over the course of eight years. Having such a prolonged and interesting inside look into the process, has allowed us to observe certain specific patterns of human nature, as well as social and economic trends. Up until now our observations have been experiential, but we recently decided to run some statistics to see if our observations about human nature and dating were correct. The Seasons of Dating Across eight years of operation, sales in January surpassed other months of the year, accounting for close to 12% of 25dates.com's yearly revenue; 50% higher than the average month. President Ragna Stamm'ler sites New Year's resolutions among other possible reasons for the marked increase, "People are intent to find a mate for the coming year. Spending the holidays alone can be a huge incentive to date more in January, and a new year brings new opportunities. We find it telling that while we tend to reduce spending after the holidays, people won't cut back when looking for love." February brings a small decrease in sales compared to January. Says Stamm'ler, "It may show a slight decrease but the lead up to Valentine's Day is big. In early February, it's a time of great expectations for singles. It seems that everyone that was interested but hesitant to come out, finds the courage and makes that leap of faith to come out to find love." From June to October, sales steadily start increasing again each month, with the most rapid increase happening between September and November. "After Labour Day, people tend to get into gear, so to speak," says Stamm'ler. "It's back to work, back to school, and for singles, an increase in their dating pursuits. Perhaps at this time of year the increase need is motivated by the desire to snuggle up with someone special during the cold winter months." December shows a slight decrease in participation, which can be attributed to the pressure of the holidays. "People are busy getting ready for Christmas. We have some speed dating events at the very beginning of December and then usually a Christmas and a New Years party, but we don't hold as many events as we do in other months."