Tips For Dating a Single Parent 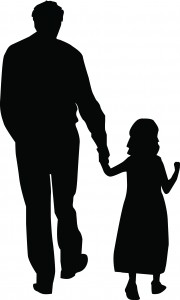 So you've met this really great person. They're smart, funny, attractive - you can't wait to get to know them better. Then they tell you something you weren't expecting - they've got kids. Suddenly, things seem more complicated. It's not like you have anything against children, in fact you want your own someday. But getting involved in a ready-made family wasn't in your plan... The world of dating can be a complicated place. As more and more people are divorcing or getting married later in life, you will almost inevitably be presented with the possibility of dating someone with a child at some point in your single life. For some, this is absolutely a deal breaker and not even an option. For most others, it's something that needs some consideration and thought, and is not to be entered into lightly. However, by keeping a few key points in mind, we can relieve any unneeded stress surrounding the situation, which has just as much potential to be successful as any other relationship. Tips for Dating Single Parents 1. Can you handle it? This is a situation that will require a certain level of maturity. If you're the type of person who plays relationship games, has a fear of commitment, or needs constant attention, you might want to think twice about involving yourself in a situation that involves children. 2. Hold off on meeting them. Children need security and stability, so it's a good idea for you to make sure you and your partner are in it for the long haul before meeting them. Having people come in and out of their lives, especially when it's the boyfriend/girlfriend of their parent can be extremely confusing and disruptive for children. It's also important that you build a relationship between just the two of you to see how well it works. Adding kids into the mix can complicate things before they need to be complicated. 3. Remember it's not a choice. If you find yourself feeling jealous about your partner spending more time with the kids than you - you need either deal with those feelings immediately, or get out of the relationship. Being a parent is not a choice after the kids are already there, and kids require constant attention in order to become successful adults. This has nothing to do with you, and is non-negotiable. Laying guilt trips because you don't feel you're getting enough attention is childish behaviour and completely unfounded. 4. Be civil. Chances are at some point you'll have to meet the mother/father of your partner's kids. Whatever you can do to keep things friendly, or at least civil, will not only help the kids, but will help your relationship. This is another point that cannot be changed - this person is going to be in your partner's life whether you like it or not, so you might as well make the best of it. 5. Discuss boundaries. The disciplining of the kids should always fall on the parent's shoulder. There will be times when you may be called upon to enforce that discipline, but this should be pre-discussed with your partner. Know what is expected of you, and make sure you don't overstep the boundaries. Kids as a rule will not respond positively to someone other than their parents telling them what to do. 6. Be patient and consistent. Sometimes the kids won't like you to begin with. Try not to take this personally - remember it's a big adjustment for them to see their parents with someone else other than each other. Staying emotionally consistent and kind will allow them to begin to trust you, but it may take some time.