Tips for Stopping a Fight Before It Starts 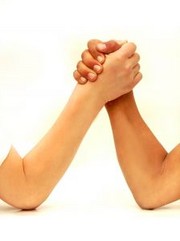 Human beings are the most complex species on the Earth. We are capable of pretty much anything as long as we can imagine it, which of course creates an incredible amount of variables not just in our personalities, but in our immediate world and surroundings as well. And like any objects (or people) that share the same space, sooner or later, we're going to collide in some way. What this means in our relationships, whether they be with family, friends, co-workers or our significant others, is that we may from time to time, fight. Opposite opinions, clashing lifestyles, differing morals, unmet expectations - these are the things we fight about. No one really likes fighting, because the truth of the matter is, we all know deep down it's very hard to solve anything when voices are raised, defences are up, and feelings are hurt. So in honour of healthier communication, how do we stop a fight before it starts? Tips to Stop a Fight Before It Starts 1. Try to Diffuse. We can all usually feel some sort of tension before things escalate to fight status. Remember that your own emotions are the only ones you can control in any situation. What is truly being said here? If the other person is unhappy about something, and lets it be known in a way that feels like an attack, many times our gut instinct (without thinking) is to attack back. This is how a fight starts. If you can, diffuse the situation by choosing to be calm and rational. Let the other person know you hear them, and are listening to their complaint, and would like to work it out. If this is impossible, and you feel your emotions are getting the best of you (or theirs are) and you want to lash out, walk away. Say that you understand it's important to discuss it, but would like to after you've calmed down a bit. 2. Keep Tone & Body Language in Check. We all know it's not just what you say but how you say it. Raising our voices in attack or illustrating our defences through closed body language can be huge triggers to someone whose not thinking clearly and whose emotions are already escalated. If someone is trying to explain themselves for instance, and we have our backs to them, what does that tell them? It tells them we're not listening, and that we don't have enough respect for them to look them in the eye when they're talking to us. 3. Be Compassionate but Keep Your Boundaries. When we take ourselves out of the equation and realize there's someone in pain standing before us (and this goes triple when it's someone we really care about), a little compassion can go a long way. Oftentimes when someone is on the attack and provoking an argument, it's because of something deeper than what they're actually talking about. You can be the strong one by not engaging, and not attacking back to make them feel even worse. Be aware however of being mistreated. If someone is resorting to immaturities like name-calling, walk away. You must let them know this behaviour is unacceptable, no matter how upset they are. 4. Lighten it Up. If there's a possible way to lighten up the mood with a joke or a smile, do it. Chances are the other person will want things to calm down also. Sometimes, people seem to get a certain pay-off from being angry, and seem to almost enjoy being in a fight or provoking one. Usually this is due to wanting the feeling of being in control, because at some point in their lives (often childhood), they felt they didn't have a voice. When you recognize this characteristic in someone, it's even more important not to engage in attacking back, because it's a no-win situation. If you're truly committed to resolving the conflicts in your life, you must accept that doing it with anger won't solve anything.